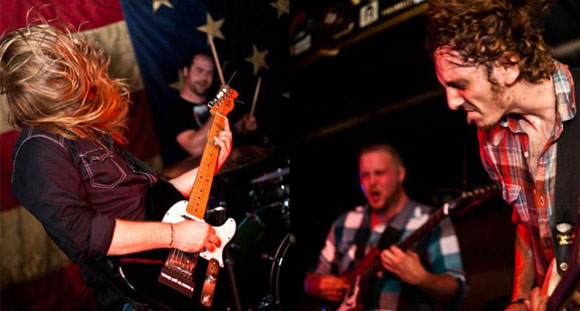 Joshua Shoemaker is not only one of the best up-and-coming film producers out there, capturing live music at its best… but the guy has a great ear for music as well. So when he came to us with 2 new videos for the Birmingham, Alabama–based band The Great American Breakdown, he had our full attention.

Let us introduce you to TGAB, a band who started several years ago to later split, but then reformed in 2011 refreshed and ready to take the South (and world) by storm. We haven’t had the chance to catch this 4-piece live yet, especially since they don’t venture much from their Alabama turf… but just as simple as watching 2 captivating videos, we are first in line!

Check out ‘The Peak’ and ‘Past Company, Accompanied’ below. Both tracks were performed live on January 4th, 2013 at The Bottletree in Birmingham. And follow the band HERE to keep track of when these guys are heading to a city near you. Enjoy: