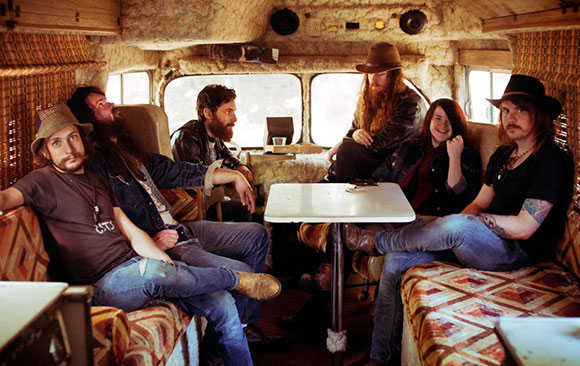 Our pals Banditos gave us a sneak- (listen) to their debut full-length ‘The Breeze’ last month, which is set to drop this August… And all we can say is that you’re in for a dang treat!

The LP was recorded at The Bomb Shelter in Nashville and is jam packed with new songs like the title track ‘The Breeze’ and ‘You Can’t Get Away,’ as well as new takes from some Banditos classics heard from their debut EP and live videos.

In addition, if you purchase your copy now, only LP pre-orders will be pressed on Limited Edition Gold vinyl!.. So scroll down, sit back and dig into some new tracks below as well as their Daytrotter session from a few months back… AND pre-order your copy of the ‘The Breeze’ HERE.

Oh, and catch them on the road this July with Blackfoot Gypsies and Slick. Full tour listing below: 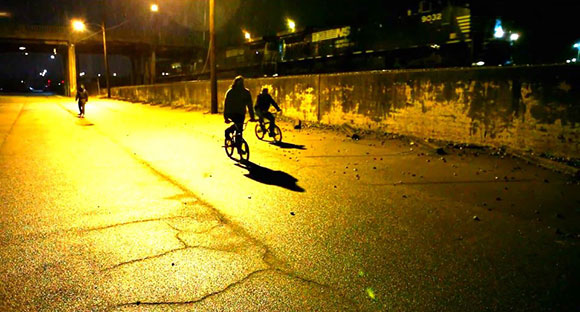 We love us some \\GT// from Birmingham, AL, but damn, with a name like \\GT//, it’s not always the easiest to stumble across their material on the web. Thanks to a shout from director Albert Kuhne, who has done a lot of camera work for Joshua Shoemaker (Banditos, Clear Plastic Masks), we finally discovered this gem! The video is for the track ‘To The Sea,’ which is from \\GT//’s debut EP ‘Heavy Dreams’ that dropped earlier this year.

We were lucky enough to catch the band this Summer at JJ’s Bohemia, and this video makes us ready to catch ’em live again! Check out ‘To The Sea’ below and while you’re at it, dig into the full ‘Heavy Dreams’ EP as well as \\GT//’s new 3-song EP ‘Get Tryin” which came out last month via limited edition hand printed cassette tape… Like tapes? GET IT HERE! 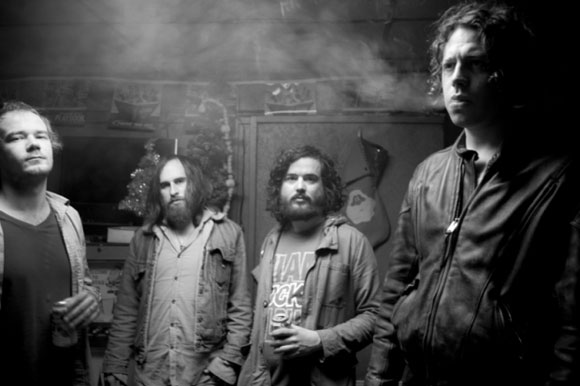 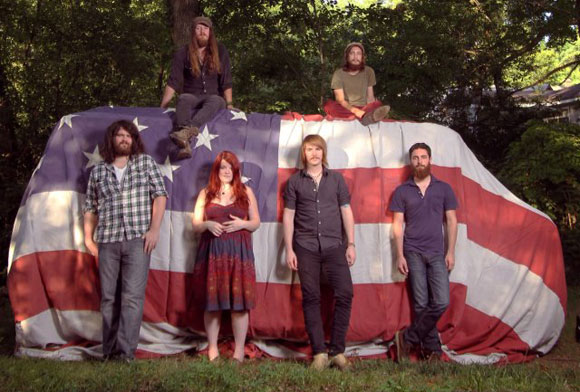 Some more Joshua Shoemaker directed videos premiered on American Songwriter today, this time featuring 2 songs from one of our favorite live bands from the South, Birmingham, Alabama’s Banditos! Both songs, ‘Long Gone Away’ and ‘No Good,’ come from the band’s new EP that just dropped this week.

We can’t stress enough how much we love these guys live and these videos definitely reflect them at their best… not to mention, both were shot in the Alabama woods (aka, Banditos’ back yard), showing us even more how Shoemaker is becoming one of the best in documenting bands live and perfecting live recorded sounds in your not-so-typical settings.

Check’em both out below and while ‘yer at it, steam/download Banditos’ new EP, available now: 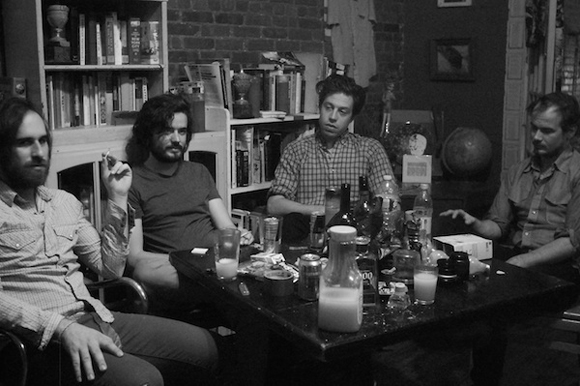 Back in July we had the honor to bring Brooklyn’s Clear Plastic Masks to their first Chattanooga gig, hosting them at our The South Rail Presents at Track 29 July 27th…Right after their Chattanooga set and tour with Nashville’s Fly Golden Eagle and Birmingham’s Banditos, while in the Southern town of B-ham, videographer Joshua Shoemaker (who had been filming all 3 bands during their whole tour) decided to have the band set-up after a local show in a random public parking lot in downtown Birmingham.

The result? A pure genius combination of rock n’ roll and cinematography! Enjoy the song ‘Pegasus In Glue’ recorded live in Birmingham below, a track that’s the b-side from the band’s brand new 7-inch ‘Working Girl.’

And if you missed Clear Plastic Masks in Chattanooga or anywhere else down South this Summer, don’t worry… The boys will be down camping out in Nashville the rest of the year, so expect some big things from this 4-piece before the year is out, especially if you’re in the area.

If you visited the merch booth at Track 29 during our very first The South Rail Presents event Friday night, then you might be one of the lucky people who purchased the brand new EP from Birmingham, Alabama’s Banditos! The 6-song disc is called ‘Everybody Goes To Milo’s’ and was nicely packaged in a brown paper bag accompanied with a Budwiser label style Banditos sticker.

In addition, from that EP’s first track comes the new single ‘Cry Baby Cry’ that is available for FREE download below, if you didn’t get ‘yer hands one of these hand-made suckers! More details to come with this EP, but until then, stream/download the single below and get ready for BIG things from this up-and-coming band who put on one hell of a live show! And see their full live dates HERE to get an EP in-person:

We would like to thank Track 29, the amazing bands, Joshua Shoemaker, High Class Hillbilly and everyone who came out to our very first The South Rail Presents! The show was a great success and we can’t wait to do it all again!

Many people asked us about the music playing before and between the bands’ sets. Here is the full playlist from Friday night’s hand selected tunes. Hopefully you not only enjoyed amazing live music and scored some killer gear from Nikki Lane’s High Class Hillbilly, but discovered additional bands you will see and support in the future.

Thank you Chattanooga! – The South Rail

These United States: ‘Honor Amongst Thieves’

Natural Child: ‘That’s How I Got to Memphis’

Burnt Ones: ‘Gonna Listen To T.Rex (All Night Long)’

Hunx and His Punx: ‘The Curse Of Being Young’

The Black Belles: ‘The Wrong Door’

Birdcloud: ‘I Do What I Want Dammit’ 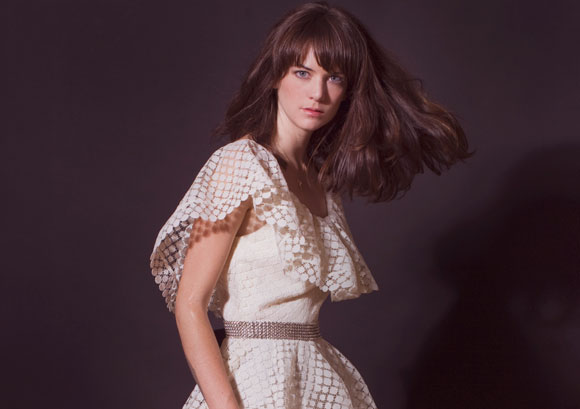 We are pleased to announce that on July 27th Nikki Lane‘s High Class Hillbilly mobile boutique will be stopping by our first The South Rail presents event at Track 29!

This is your chance to score amazing vintage gear handpicked by Nikki and her team without the drive to Nashville!… PLUS you get to see 4 amazing bands all for only $5! How cool is that?

Click HERE for full details of the bands and check out some of HCH’s gear below… oh, and of course, (if you haven’t already) get your tickets for HERE: 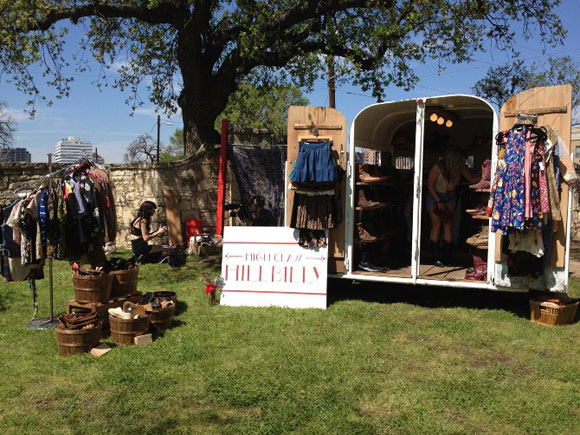 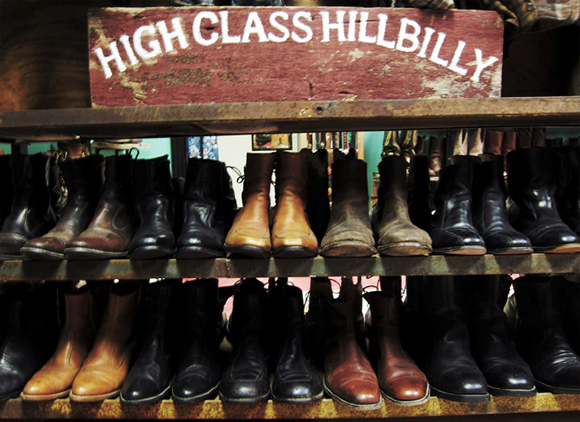 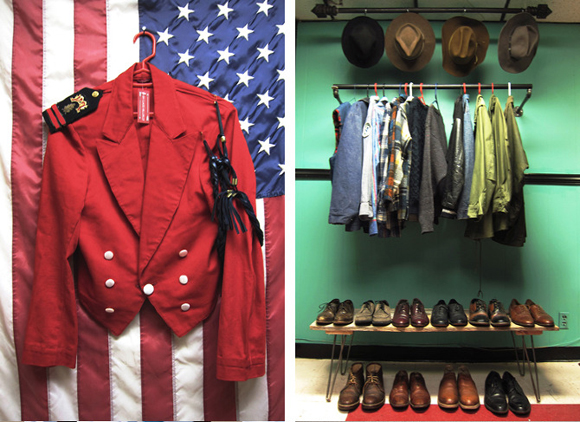 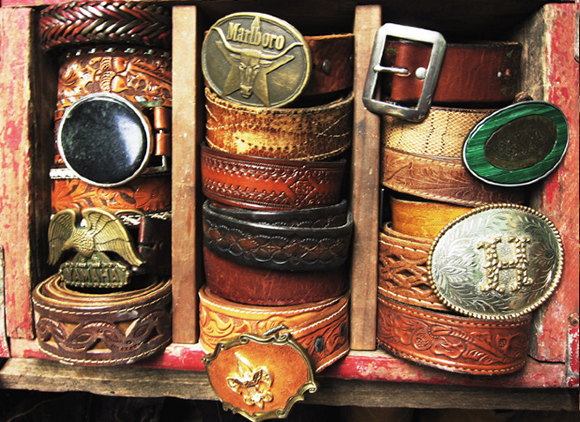 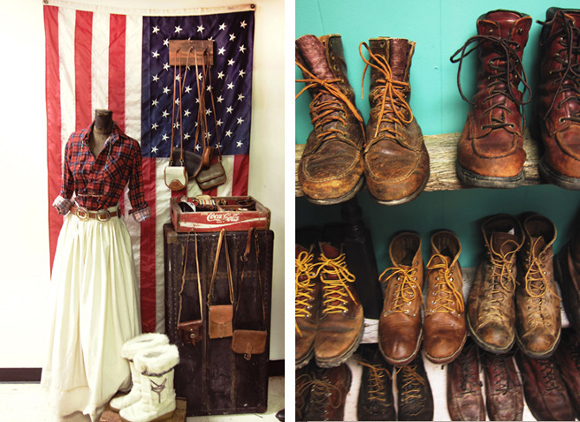