A “Goodbye” & Thank You to: Those Darlins

At the same time as we publish this post on a late Friday evening here in Chattanooga, Those Darlins hit the stage in our sister city, Nashville, at The Basement East… Sadly, this will be their very last show.

If you’ve been a long-time follower of The South Rail, then you know how we’ve loved us some Those Darlins since their very beginning… And if you haven’t heard by now, the band has been touring this January… performing their final shows on their “Farewell” tour – The tour that is ending this evening.

Experiencing the “end” of one of our favorite bands, during their last Chattanooga date at JJ’s Bohemia, well… that grabbed our music-loving soul. We know each member will be continuing with separate music and/or art projects in the near future, and we wish them all the best of luck. We can’t wait to see what 2016 has to offer… but knowing that “the band” is leaving on “indefinite hiatus”… “the band” that grew up at the same time as this blog… well, it made us hungry to do this “thing”… To bring The South Rail back once again!

We know, we know… This blog has slowly died out since 2014, and has been very off & on near it’s “end”… But a band who’s music inspired us to “South Rail” to begin with, well… they have inspired us yet again…

Established in 2009, we are ready to give this another shot. Slowed down by a major hack that destroyed our website (luckily had a back-up of every artical). Now, with a minor refresh to support mobile content, we are back.

Best of luck again to Those Darlins! I’m sure you’re killing it right now at tonight’s sold out show! We can’t wait to see what you have up your sleeves in 2016 and the future! Thank you for years of great times and tunes!

… And their grand finale Female Trouble 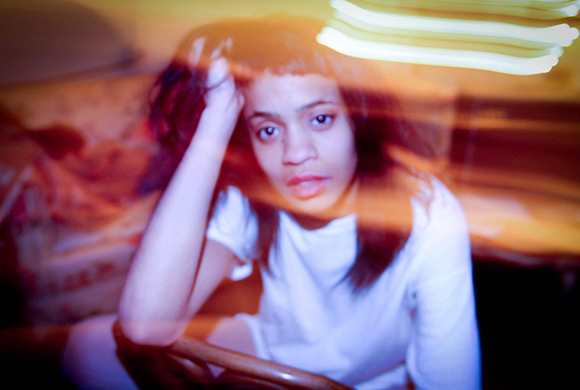 Last October, we were pumped to hear Adia Victoria at JJ’s Bohemia for her debut Chattanooga show, but due to the 2 weeks that JJ’s was shut-down in the Fall, we were disappointed to miss her from the cancelled show… Well, today Adia is bringing it to JJ’s for real this time… and we can’t wait!

Her debut LP hasn’t dropped yet, but with the first little taste of material, like her first single ‘Stuck In The South’ – produced by Roger Moutenot (Yo La Tengo, Those Darlins) – and the buzz we’ve been hearing from the Nashville scene, we’ve been pretty dang eager to finally catch her and the band live… A band that also consists of Ruby Rogers (The Black Belles) on bass and Tiffany Minton (Heavy Cream) on drums.

Add one of our new favorite locals Mad Libre along with Swoon and Cutlass Cult, plus free admission to all Aquarius signs ($7 for all non-aquarians), then we’re all in-store for a great time tonight! RSVP HERE via Facebook (and for details).

Check out Adia Victoria’s ‘Stuck In The South’ below and follow Adia HERE for the latest news:

Those Darlins: ‘Blur the Line’

Yesterday marked the release date for our pals Those Darlins‘ new LP ‘Blur the Line,’ a record we have been eagerly awaiting for the past year… And a wait that was well worth it if we might add. This is the follow-up to 2011’s ‘Screws Get Loose,’ and the first record from the band NOT to feature founding member Kelley Anderson, who has been replaced by Atlanta’s Adrian Barrera of Barreracudas and Gentleman Jesse & His Men.

Regardless of band history, Those Darlins continue to top themselves with ‘Blur the Line,’ keeping themselves fresh while growing as artists, but at the same time giving a friendly nod to their previous 2 full-lengths, with sprinkles and dashes of the Darlins we have grown to love — Killer up-beat tracks such as ‘Optimist’ and ‘In the Wilderness,’ and equally killer tracks ‘Oh God’ and ‘Too Slow,’ that slows things down at those perfect moments.

Check out a few tracks and live takes from ‘Blur the Line’ below and pick up the new LP HERE… or in-person this Saturday! Those Darlins return to Chattanooga October 5th at JJ’s Bohemia! Tickets are $10 and are available HERE (or at the door night of the show)… See you there!: 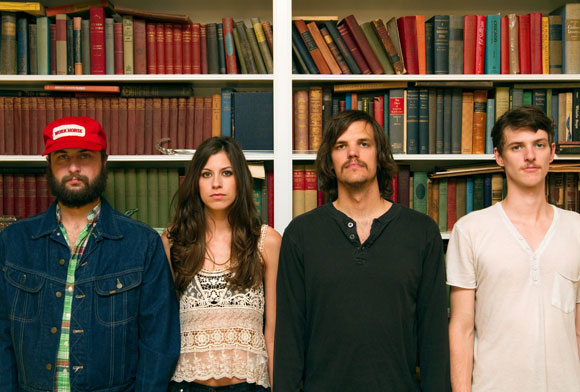 We LOVE us some Houndmouth, who instantly became one of our favorite bands just earlier this year. And we were more than excited when the band announced their signing to Rough Trade Records later last month… Via their new label, the band will be releasing a 4-song self-titled EP pressed on 12″ vinyl this month that will be followed later on by a full-length LP.

You may be familiar with the main songs on the upcoming EP by now from our January article, but while this 4-piece were in Chattanooga opening for Those Darlins at the Chattanooga Whiskey party held at Track 29 on June 2nd, we got a little taste of what possibly could be future LP songs! We are not 100% of what the final titles will be, but at the time of this article, the new songs are ‘On The Road’ and ‘Comin’ Around Again.’

So just sit back and enjoy these 2 new live tracks below!… and pre-order Houndmouth’s debut EP HERE which drops August 21st in the U.S:

If you’re not familiar with Houndmouth, get that way. Here are some already classic-to-our-ears tunes you need to know (and are featured on the new EP): 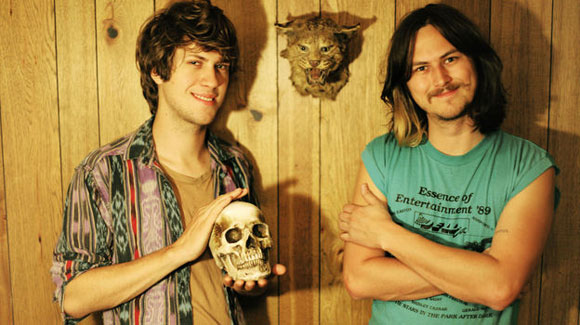 Denney and the Jets: ‘Slick Rick’ 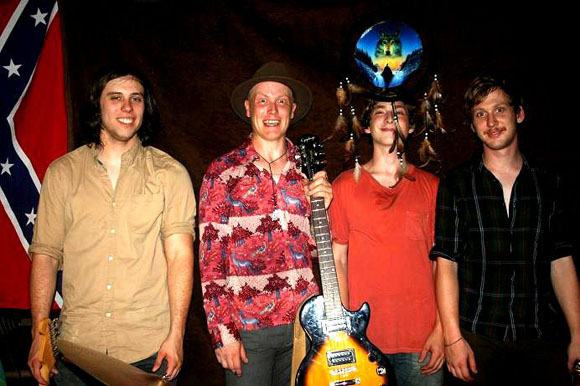 Last time we were on the subject of Denney and the Jets, the band had just released a Chuck Berry cover featuring Those Darlins’ Jessi Darlin — See full post here — and were wrapping up an EP  at Bomb Shelter Studios in Nashville.

Well, not only did they deliver another great gem, but with an album title of ‘Slick Rick,’ are in the running for best album name for 2012… Check out these 4 killer tracks before and if you dig what you hear, download the 4-song EP HERE and get the bonus track ‘Close the Blinds’ with your download!

But, if we were to criticize, our only complaint is, unlike their Infinity Cat debut, this sucker isn’t available on vinyl… Very turntable worthy tunes:

GET TO KNOW: Grand Strand 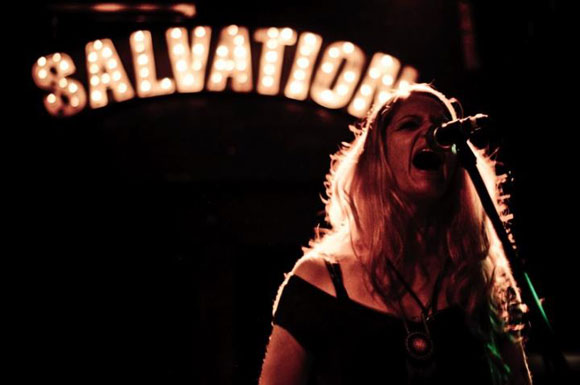 A lot of people asked us after the Those Darlins show this Saturday at Track 29, “What happened to Kelley Darlin?” And the answer we had was the same: “Kelley [whose real last name is Anderson] left the band a couple months ago to work on other projects and is now fronting a new band called Grand Strand.”

We too were very upset by the news of Anderson’s departure from Those Darlins, but just seconds into hearing Grand Strand’s fantastic debut single ‘Cactus Blooms,’ we quickly embraced this new career change and found ourselves hungry for more. The 7-inch single for ‘Cactus Blooms’ will be out later this month on Riot House Records followed by a full length in the future.

But no worries, you’ll be able to experience Grand Strand sooner than you’d expect! The new band is hitting the road this month opening for Richard Lloyd of Television, a tour that is dropping by Chattanooga’s Lindsey Street Hall June 20th! We can’t wait! But until then, stream the new single and check out the full June tour dates below: 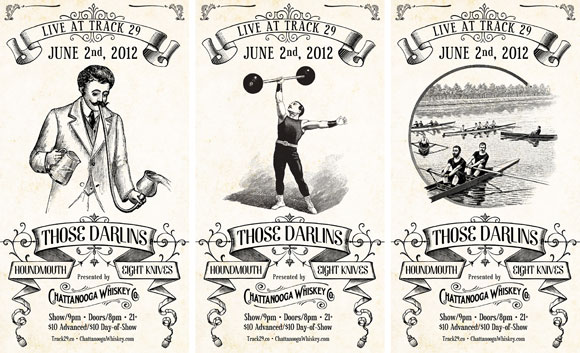 Saturday can not get here fast enough! Two of our most favorite bands are sharing the stage together the same night thanks to Chattanooga Whiskey, who are putting together what we hope is a continual music series. This Saturday (June 2nd) features Those Darlins and Houndmouth who will be bring it to Chattanooga’s Track 29 for one amazing night of music and whiskey!

Tickets are only $10 and the first X amount of people in the doors get a free taste of Chattanooga Whiskey’s 1816 Reserve… If it’s anything like their past couple events, we have a funny feeling this sucker is gonna sell out fast!!!

Get your tickets HERE and if you’re not farmilar with the bands, here’s a little quick preview of the night’s line-up, which includes Those Darlins, Houndmouth and the new local band Eight Knives. See you there kids!