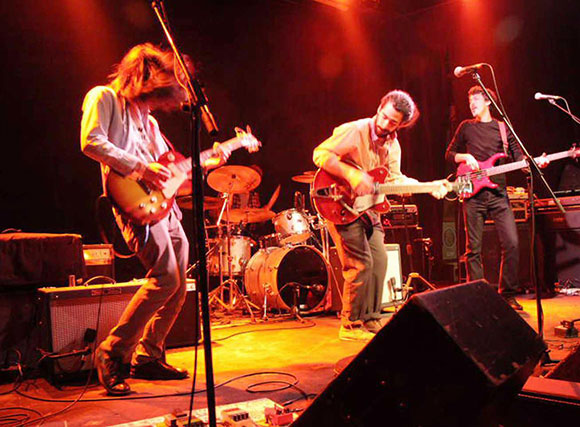 It’s been a while since we’ve last heard from Ranger, who just wrapped-up with their debut full-length at La La Land Recording in Louisville, KY — The studio now famous for Houndmouth‘s ‘From The Hills Below The City.’ This will be the New Albany, IN 4-piece’s follow-up to their 2012 released EP, ‘Heritage.’

The LP is called ‘The Bard,’ and as of this week, the band is generously given us a little taste from the new album. Not only letting us sample 2 key tracks, ‘Don’t Be So Green’ and ‘Hope I Help,’ but making them available for free download for a limited time! Thanks fellas!

So sit back and enjoy the tracks to what is sounding like a very promissing record. We have a hunch you’ll be hearing a lot more from Ranger in the near future! ‘The Bard’ drops everywhere November 12th, 2013:

And while you’re at it, stream/download the band’s 2012 released EP, ‘Heritage’ HERE or below: